ARIAS: Zooming in On Eye-based Biomarkers for Alzheimer’s 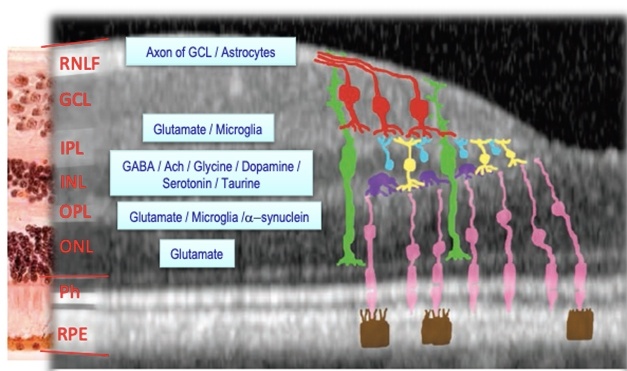 “Have biomarkers for preclinical Alzheimer’s disease been staring us in the face all along, and we just did not see them? Recent studies report a plethora of changes in the eye as Aβ pathology emerges in the brain. Dwindling retinal blood flow, thinning retinal nerve fibers, and retinal Aβ plaques themselves are but a few of the features scientists have proffered as readily detectable AD biomarkers. As disparate studies mount, so does the need for consensus. Thus far, there is little independent confirmation, much less agreement on what works. Peter Snyder of the University of Rhode Island, Providence, is trying to change that. At the AD/PD meeting in Lisbon, Snyder announced an initiative to compare eye-based measures head-to-head, and longitudinally, in people across the disease continuum. If his effort confirms eye-based tests as bona fide AD biomarkers, they could become frontline screens that could be deployed around the world.”