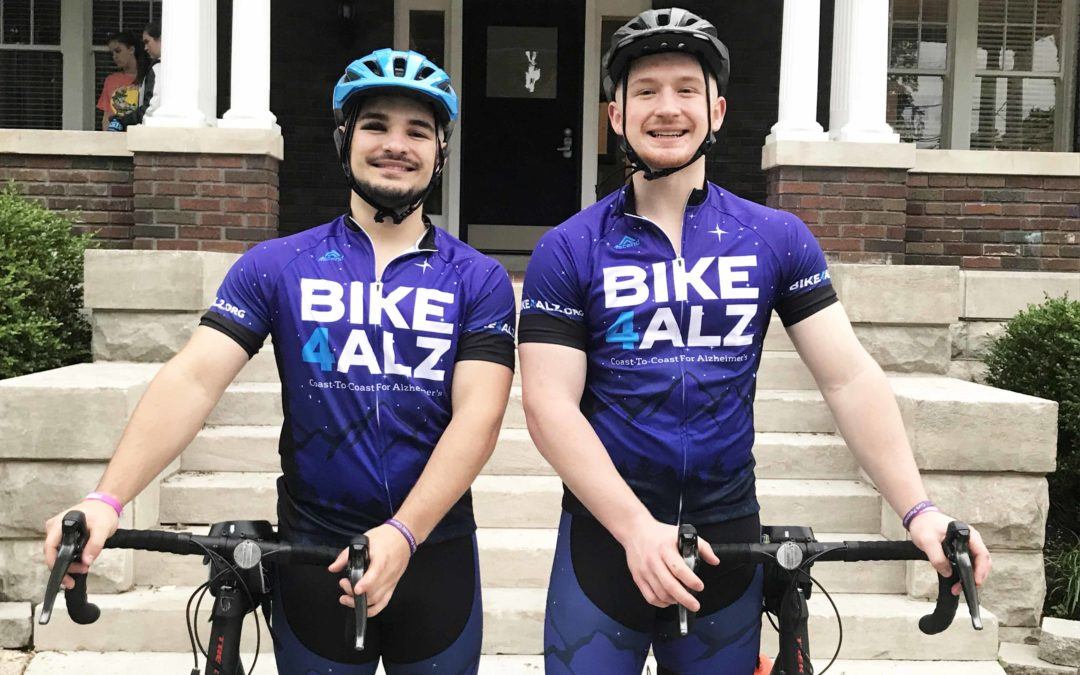 “Tucker and Parker Phelps do a lot together. The Frankfort brothers, who were homeschooled, are both majoring in nursing at Western Kentucky University with aspirations of becoming nurse practitioners. They are also brothers in the same fraternity, Phi Gamma Delta, which is how they got involved in the adventure of a lifetime.

On Thursday, Tucker, 21, and Parker, 19, set off from San Francisco on a 3,600-mile cross country bicycling trip that they have been planning and fundraising for more than a year. Along with 12 of their fraternity brothers, they dipped their back wheels in the Pacific Ocean and are riding east to put their front wheels in the Atlantic in an effort to raise both money and awareness for Alzheimer’s disease research.

“We have family members who have already passed from Alzheimer’s and several who are currently battling Alzheimer’s or dementia,” their mother, Jennifer Phelps, told The State Journal, explaining why the cause hits particularly close to home for the young men.”

Read more about their story here!