Veterans march from Adrian to Ann Arbor for Alzheimer’s research 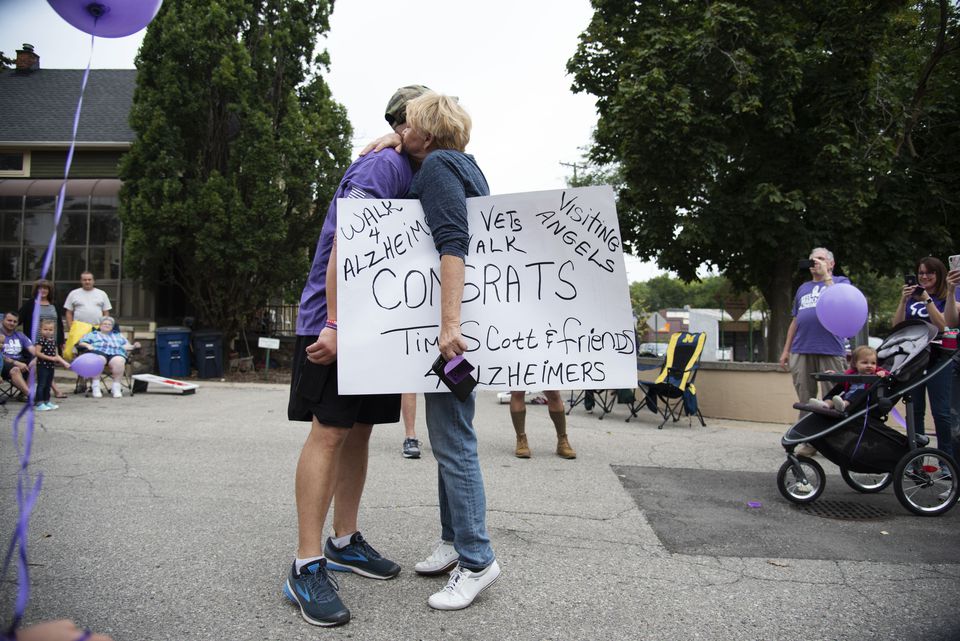 An Army Reserve major who served in Afghanistan, Welbaum is a board member of the Michigan Great Lakes Chapter of the Alzheimer’s Association and owner of the South Central Michigan branch of Visiting Angels, an at-home senior care service.

Welbaum’s first experience with the horrors of Alzheimer’s was with his grandmother. Becoming a home care provider helped him realize how many others are dealing with the disease and its consequences, he said.

“It took Alzheimer’s, which I thought was something just my family was struggling with, and it kind of shined a light on just how common it was,” Welbaum said.”